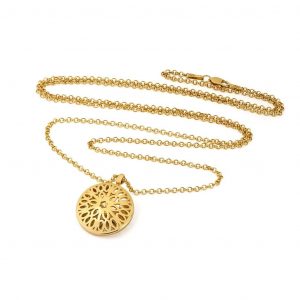 Why now is a great time to support independent British brands

The passed 3 months have certainly been uncertain times for many businesses. The rate at which measures were implemented to reduce the spread of COVID – 19 meant that shops had to close quickly, manufacturing and distribution was disrupted or even stopped and new product launches delayed. 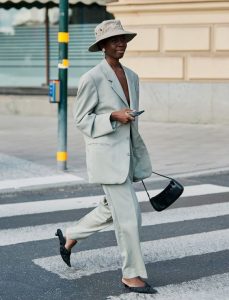 We all know that eating and drinking green stuff is good for us. and it’s been proven that when we surround ourselves with greenery, ie walking through a forest, sitting in the garden or filling our homes with house plants we feel more calm and relaxed.  But what about wearing it? Green, although a beautiful colour (and my mum’s favourite by the way) is one that leaves people wondering how to wear it. 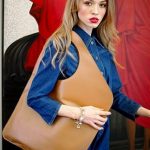 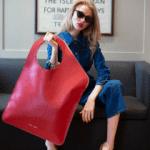 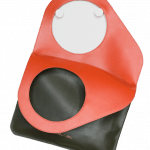 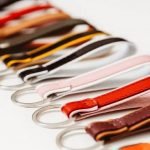 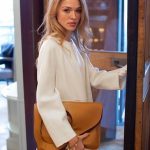 Being in the rather difficult position of having to choose a name for my business recently got me wondering how other brands come up with theirs. If you’re a fashion designer naming your company eponymously is often the way to go. But how does everyone else come up with a fitting and memorable name?

Coca-Cola is named after the two main ingredients coca leaves and cola berries. It seems like a no brainer now but I wonder if it seemed an odd name at the time?

Google was based on the mathematical term googol which means 1 followed by 100 zeros. The team thought it a fitting term as what they were trying to do was categorise an incalculable number of web pages. When they searched to see if the domain name was available they misspelled it, entering the word Google instead and decided that they preferred that name.

Amazon was chosen because the founder, Jeff Bezoz wanted a name beginning with A. He decided on Amazon, the biggest river in the world because it was his aim to grow the biggest company in the world. Gosh, that was some visualisation.

Nike, originally known as Blue Ribbon Sports, wanted to rebrand and so began the quest for a new name. The founder Phil Knight, liked the name Dimension Six and the names Peregrine and Bengal were also bandied about. Another suggestion was inspired by names such as Xerox and Kleenex was that they should go for a two syllable word with an uncommon letter in it such as K, X or Y. Based on this the name Nike meaning the Greek Goddess of Victory was put forward. No one particularly liked it but it occurred to someone that the name would fit on the shoes and with a factory deadline approaching Knight went with it saying “I guess we’ll go with the Nike thing for a while.” Knight commissioned a local design student to create a logo. When the Swoosh was presented to him, Knight was ambivalent and said that it might grow on him.

Steve Jobs said that his company’s name was inspired by a trip to an apple orchard whilst he was a fruitarian. He thought the name was fun and unintimidating. Apple’s omnipresent logo was created by Rob Janoff, a simple design of an apple silhouette and the bite was used to represent scale and to show that it wasn’t a cherry. The significance of Adam and Eve, or it being a tribute to Alan Turing are all myths and he says the fact that ‘byte’ is a computer term was a lucky accident. The now simplified version represents sleekness, sophistication.

The iconic Chanel logo, arguable one of the most recognisable in the world of the intertwined C’s came about after Gabrielle ‘Coco’ Chanels attended a party at the Château de Crémat in the south of France. Rumor has it that she got her inspiration came from the interlaced C’s on the stained glass window at the Chateau. Onlookers today would be forgiven for thinking this window has been designed by Coco Chanel.

My inspiration for russell russell came from a t-shirt with the branding Lewis Lewis. In my head I immediately replaced it with my surname and it was a light bulb moment for me, the name of my company has never been anything else.

When I was really young my dad would tell me a bedtime story which ended up with me being alone and lost in a forest (thanks dad. What a great way to get me to sleep soundly!) And when I stopped to look around I could hear the sound of rustling leaves and then someone calling out my name. Someone had come to find me. Then my dad would repeat “Rustle, rustle, Sally! Rustle, rustle, Sally!” so when I saw the t-shirt and replaced it with my own surname, I was immediately transported back to the 4 year old me listening to the story and the decision was made.

PrevPreviousTo buy, or not to buy: that is the question
NextDo You Travel in Style?Next